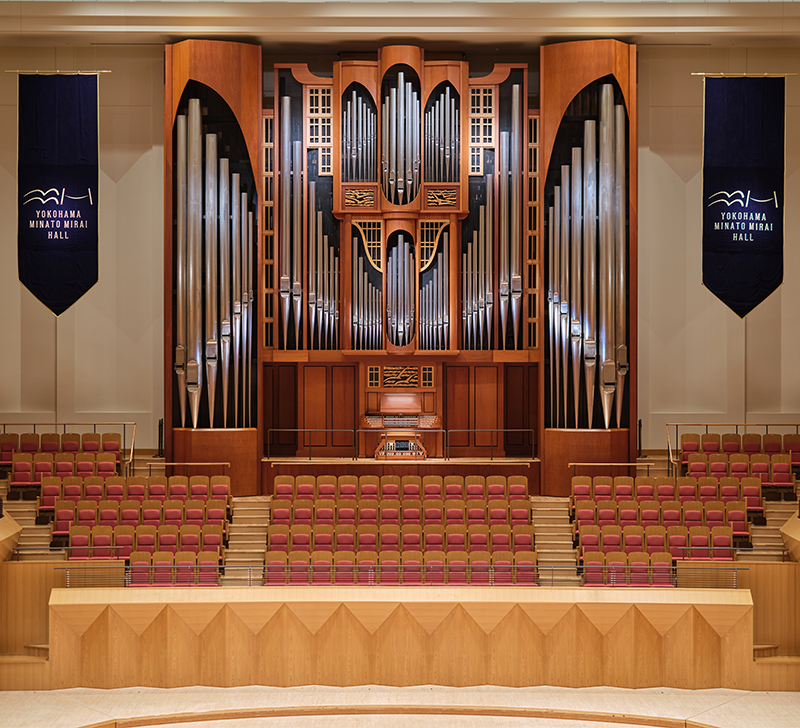 The pipe organ, located above the stage at the front of the main hall, was built by the U.S. organ builder, C.B. Fisk Inc. Images of seagulls, inspired by the seaside city of Yokohama, are carved in oak and contrast the Honduras mahogany case.

The organ, the symbol of Yokohama Minato Mirai Hall, is affectionately known as “Lucy.” The name is derived from the Latin word “lux” (meaning “light”), and it is also an apt description of the instrument’s bright and shining timbre.

As the organ was designed to be an ideal instrument for a contemporary concert hall, it is equipped with the timbres needed to perform a diverse range of organ pieces, dating from the pre-Bach era to contemporary times.

Moreover, as the building was specifically designed from the earliest stages of construction to make the organ ring out through the space, the entire hall resonates like a musical instrument, seemingly enveloping the audience in the organ’s timbre. 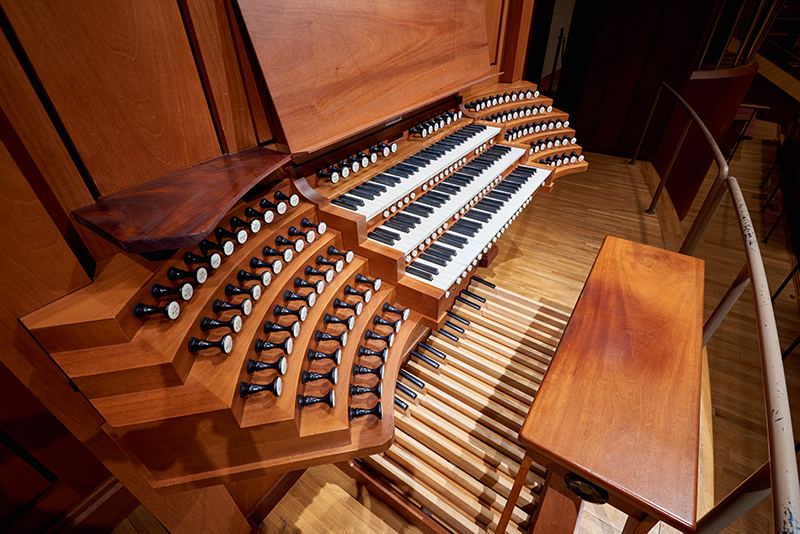 The organ contains a total of 4,632 pipes. In addition to the pipes on the front of the organ, its interior (consisting of four vertical levels with a depth of 3.6 meters) is lined with pipes of varying materials, shapes, and sizes. The wooden pipes are made of poplar, and the metal ones are made of tin-lead alloys.

There are 62 stops on the organ that are used to select the timbre. The organ is also equipped with timbres such as a built-in eleste, a Cymbelstern (on which small bells are mounted), and a Nightingale, which replicates the warbling of a bird. It also contains a computer memory system with the ability to remember many combinations of timbres (known as registration).

A pioneer in American organ building, the company was established outside of Boston in Gloucester, Massachusetts by Charles Brenton Fisk in 1961. After first building instruments for churches, music universities, and concert halls throughout the U.S., the company began making highly distinguished pipe organs in other countries such as Switzerland and Japan. The initial plans for the Op. 110 organ in Yokohama Minato Mirai Hall were drawn up in 1991 by a team of builders headed by the Fisk company’s third director Steven Dieck. It took seven years to complete, including the voicing work, which began after the instrument was installed in the hall and took approximately a year. 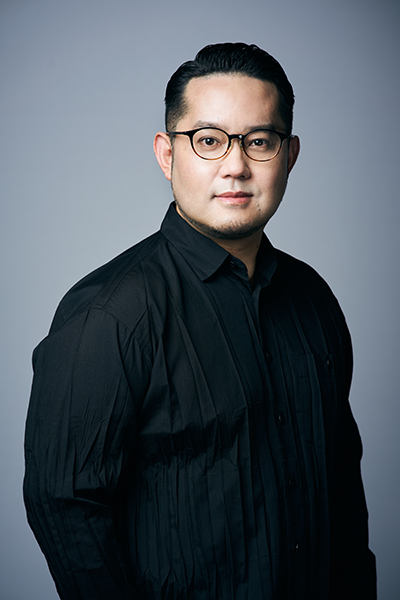 Organist, composer, arranger. Graduated from the composition department at Tokyo University of the Arts. Kondo later completed a Practical Music Course and a master’s degree with a speciality in organ at the same university. In 2006, he studied in Paris after receiving a grant from the Agency for Cultural Affairs’ Overseas Study Program. In addition to performing solo in organ recitals in Japan and abroad, Kondo has pursued a wide range of activities, including playing with ensembles and major Japanese orchestras, and collaborating with artists from other genres. He has also written and performed works for the organ and other genres, and received numerous commissions from concert halls, cultural foundations, and other organizations. Moreover, Kondo has received commissions from a host of Japanese composers, and he has premiered many new Japanese organ and ensemble works, all of which have been met with a favorable reception. Kondo served as the hall organist at Muza Kawasaki Symphony Hall from the opening of the facility in July 2004 until the end of March 2018. In 2020, Kondo edited Invitation to Organ Playing (Douwashoin), an organ primer published in 2020 that has received unanimous praise. He currently works as a part-time lecturer at Tokyo University of the Arts and Kunitachi College of Music. Kondo is a member of the Japan Association of Organists. He became the second hall organist at Yokohama Minato Mirai Hall in fiscal 2022.

What Is a Hall Organist?

The hall organist is an indispensable entity to Lucy, our pipe organ. One of the organist’s key roles is organ maintenance, including regularly examining the instrument and keeping it in good condition. In order to ensure that air passes through all pipes in a uniform manner, the organist must ascertain that there are no problems with the instrument’s resonance, volume, and action. By carrying out routine maintenance on the organ, the organist confirms that the organ is in the best possible condition for concerts. The hall organist also plays a supporting role by explaining how to use the instrument and outlining its special features to help organists who have never played the hall’s organ to give a smooth performance. Moreover, the hall organist provides advice on pipe-organ programs sponsored by the hall, assists in management and advertising operations, and organizes concerts. In short, the organist is a key figure in the hall.
First hall organist (1998-2020): Hatsumi Miura
Second hall organist (2022-present): Takeshi Kondo

The Yokohama Minato Mirai Hall’s Hall Organist Internship Program was introduced in fiscal 2002 to provide young organists with the training and practical experiences that is necessary for a hall organist.